Where It All Comes Together
Addison is the perfect place for your business to thrive, the perfect place to call home, and always the perfect answer for fun. With 180+ restaurants, 22 hotels, tons of attractions, limitless events and activities, countless unique retail shops and 12 million+ sq. ft. of office space all in just 4.4 square miles… it’s easy to see why Addison is where it all comes together.

Because of Addison’s overwhelmingly commercial atmosphere, residents of Addison enjoy a unique lifestyle not common in other suburbs.

Residents and visitors can enjoy many Addison attractions. There are special events in Addison 22 weekends of the year. The WaterTower Theatre produces plays and musicals and hosts the annual Out of the Loop Festival. The Cavanaugh Flight Museum houses a collection of aircraft since World War I. Addison Circle Park, built in the early 2000s, is a venue for several seasonal outdoor events, such as the “Addison Kaboom Town!,” “Addison Oktoberfest,” and the foodie fun event, “Fork & Cork”. The Addison Improv Comedy Club brings in some of the most acclaimed comedians in the industry.

Addison is noted for being home to the original locations of both Texas de Brazil and Fogo de Chão, two Brazilian Churrascaria franchises that are both in the midst of rapid national expansion

There were 7,378 households out of which 14.3% had children under the age of 18 living with them, 24.5% were married couples living together, 8.2% had a female householder with no husband present, and 63.9% were non-families. 52.2% of all households were made up of individuals and 10.2% had someone living alone who was 65 years of age or older. The average household size was 1.77 and the average family size was 2.69.

The Town of Addison asked Dallas ISD to build Bush with environmentally sensitive materials. The PreK-5 school was built as part of a bond approved in May 2008. Bush is adjacent to the Greenhill School and is located along Addison’s trail system; therefore the school will be accessible by bicycle or on foot from the Les Lacs and Midway Meadows subdivisions. Bush has a first floor with 60,000 square feet (5,600 m2) of space and a second floor with 30,000 square feet (2,800 m2) of space. Bush has two athletic fields located north of the playgrounds. During non-school hours Addison residents may use the fields.

Addison is the home of two private schools. Greenhill School, which is a co-educational private school, enrolls over 1,200 students from preschool to high school. In addition, Trinity Christian Academy is within the town’s borders.

In fall 2008 boundary changes rezoned the Frank-zoned section of Addison from W. T. White and Walker to Hillcrest and Franklin. In addition, Strickland was dedicated in 2008.

The land occupied by Addison was settled as early as 1846 when Preston Witt built a house near White Rock Creek. In 1902 the community named itself Addison, after Addison Robertson, who served as postmaster from 1908 to 1916. The first industry was a cotton gin, opening in 1902 on Addison Road.

The community was formerly known as Noell Junction after settler Sidney Smith Noell, after whom Noel Road and Knoll Trail are named. 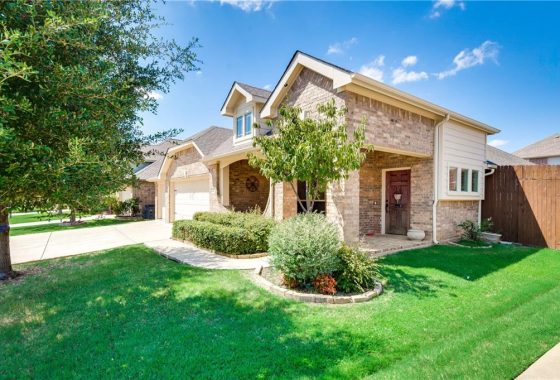